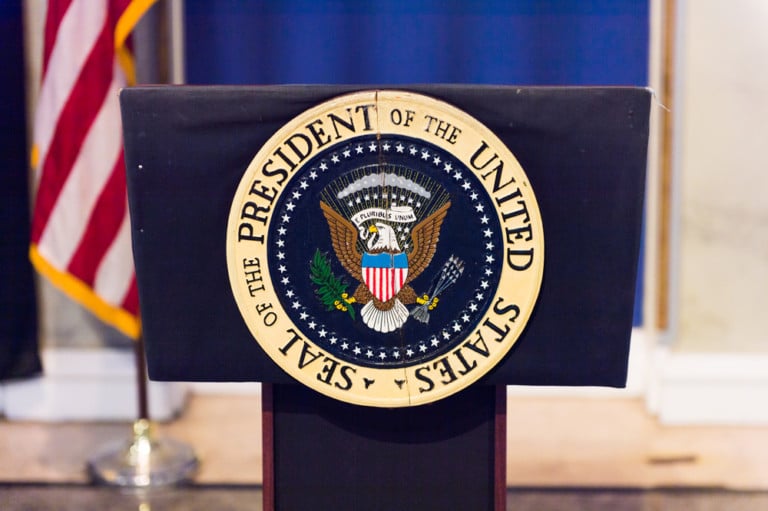 We are currently embroiled in a divisive election where each candidate harshly criticizes the weaknesses of the other. For a refreshing change, I decided to revisit the leadership attributes possessed by arguably our greatest president — Abraham Lincoln — and discuss why a few of Lincoln’s skills are so important for today’s sales managers to learn.

Lincoln had no management experience, attended no more than one year of formal schooling, and managed his paperwork by stuffing important papers in his tall hat. Voting for him was risky in 1860. But it paid off because of Lincoln’s leadership skills; skills that every sales manager needs as well.

Be a great listener

Lincoln understood the importance of listening and deep-thinking. It was a habit he picked up as a boy. When his parents had house guests, Abe would remain silent, attentive – an observer of the conversation. After the guests were gone, he would write down what he learned.

How great a listener are you? A common mistake sales managers make when talking to a sales rep is not listening to the rep’s point of view. We jump in, summarize, and move on. I know you have a lot on your plate right now, but so did Lincoln! Are you as good a listener as Lincoln was?

Help your people to find their own answers

During the Civil War Lincoln followed his generals’ decisions and actions very carefully and communicated with them frequently, mostly by asking great questions. He took care to express his ideas and suggestions as advice posed through questions, rather than direct “do-this, don’t do that” orders.

As a sales manager, that means having an attitude of helping people to find their own answers instead of providing answers to the reps. Ask, “what do you think is the problem [or solution]?” Likely, the rep won’t be able to diagnose their own problems at first—which will help you identify their skill deficiencies sooner.

Support your peak performers, even if they happened to ruffle some feathers in the organization.

Lincoln’s most successful general was Ulysses S. Grant. Sometimes, Grant’s popularity was seen as a threat by others. One day a delegation of congressmen urged Lincoln to fire Grant because he reportedly drank too much. Lincoln replied that it would be helpful if they could tell him what kind of whiskey Grant preferred because he’d like to buy some for his other generals!

Sales managers know all too well how difficult it is to attract and retain talented salespeople. We’ve all had peak performers that, at times, “ruffled a few feathers” in his or her attempts to achieve a positive outcome for the customer. Results matter. But don’t ignore organizational harmony. Make it known that if another department has a problem with one of your salespeople that they should bring that problem to you.

Maintain your sense of humor, even during times of stress.

The morning after Lincoln was elected president, just as the Civil War was about to begin, Lincoln greeted some newspaper reporters by saying, “Well, boys, your troubles are over now. Mine have just begun.”

Your team is watching everything you do, and so everything you do counts. As Former Secretary of State and retired general Colin Powell has said, “Optimism in a leader is a force multiplier.” Regardless of the stress that you’re under, it’s vitally important that you publicly display optimism. Lincoln did it, and so can you!

Perhaps the single most important attribute that Lincoln possessed was his ability to learn. During the first few years of the Civil War, the Union army lost most of the battles it fought. Frustrated by this lack of success, Lincoln borrowed Elements of Military Art and Science from the Library of Congress and studied it deeply.

Lincoln went to work every day with the attitude of a learner, and the result was that he continued to improve his leadership skills. The times demanded that he be good, and he made himself great.

What new leadership skills have you learned in 2016? Which one of these skills that Lincoln possessed would, if you worked on it to get better, would have the greatest possible impact on your leadership effectiveness?

Regardless of who wins the election on November 8th, consider this: None of the preceding skills so crucial to Lincoln’s success as president were considered important by the American voters at the time they voted for him. In other words, unfolding events place pressures on a leader that often cannot be anticipated. If the leader learns and grows, he or she can rise to the challenge. If not, well, bad things can happen.

Kevin F. Davis is the author of the forthcoming book, The Sales Manager’s Guide to Greatness: 10 Essential Strategies for Leading Your Team to the Top, now available for pre-order on Amazon.com