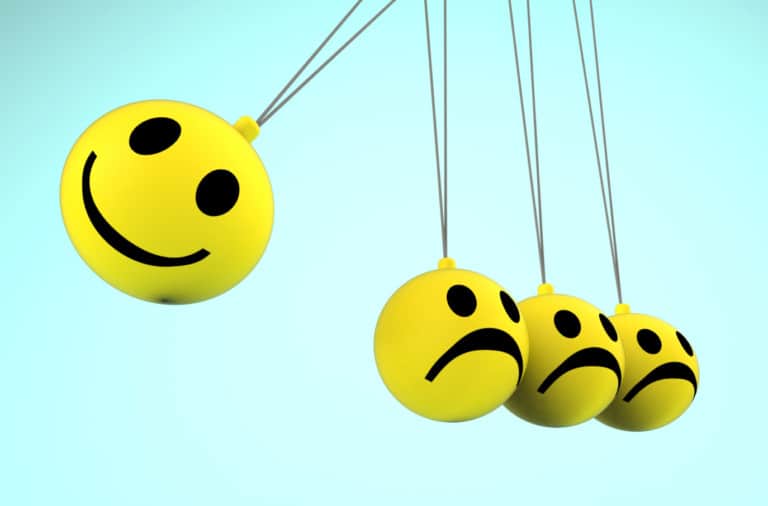 What is the sales performance problem?

In a webinar I gave recently, 75% of the 150+ sales managers who attended indicated that a significant portion of the performance issues they face on their team are due to bad rep attitudes—or what I call a sales rep’s “willingness problems” (to contrast them with “skill deficiencies”).

Why is the figure so high? I think poor attitudes are largely a problem of our own making as sales managers because (a) we don’t do a good job up front of establishing our expectations around wills or attitudes and (b) on the back end, we too often ignore poor attitudes because we don’t know how to deal with them. What we do know is that a bad attitude can severely depress reps’ sales results.

Like most problems in life, low willingness is something that is much easier for managers to prevent than to correct. If more than half of the sales performance problems you struggle with have “bad attitude” as a contributing factor, you can’t afford to ignore this issue. We must spend as much time focused on improving the attitude of our salespeople as we do on improving their skills. Famous motivational speaker Zig Ziglar once said, “People often say that motivation doesn’t last. Well, neither does bathing – that’s why we recommend it daily.”

To avoid many willingness problems, you have to put the same amount of effort into defining the wills and attitudes you want to see as you do the skills and results you expect. Trouble is, most sales managers haven’t done it yet.

A number of years ago the US Supreme Court was asked in a legal case to define pornography. In their opinion, the Justice wrote, “We cannot define what pornography is…..but we know it when we see it.” Unfortunately, this is the same approach many sales managers take towards dealing with a sales rep with a bad attitude: We can’t define it, but we know it when we see it. Trouble is, if you can’t define the problem you can’t fix it. So you can’t coach it.

How you can coach it to prevent it

The easiest way I’ve found to do this is to think about the best sales reps you know (chances are that you were one before you became a manager). List the positive attitudes they exhibit, then take the list one step further and think about how you can observe their positive attitude: What specifically did they do that made you know they were self-motivated? Coachable? A team player? Competitive?

The starting point of effective coaching is to clearly define what excellence looks like. We cannot help someone to get better if we don’t know specifically what we want them to improve.

Once you have the attitudes clearly described, share them with your team (and especially new hires). Get their input on your list and continue to make a positive attitude even more specific. Evaluate and coach willingness regularly just as you would skills or other achievements.

If you regularly discuss your expectations for both skills and wills among your team, you can hold people accountable for their own choices in regards to their “attitudinal” performance. I’d hope there would be fewer willingness problems in the future, as well.

How you can coach the existing problem out of existence

But what if you already have someone with a poor attitude on your team? The odds are good that the person doesn’t realize it or doesn’t care, so a direct approach is rarely useful. The starting point is the same as above—to document your expectations and share it with the entire team, not just the one rep. This establishes the idea that the standards are meant to apply equally to everyone.

As I discussed in a previous blog, the next step is to embark on an exploratory conversation with your demotivated rep because you don’t know what is going on. There could be something about the job or the work environment that has become demotivating, something external to the job that is influencing them, or perhaps the rep has lost sight of their personal goals.

Bad attitudes seem to spread even more easily than good ones on a team, so use these suggestions to upgrade the attitude of your sales team now!