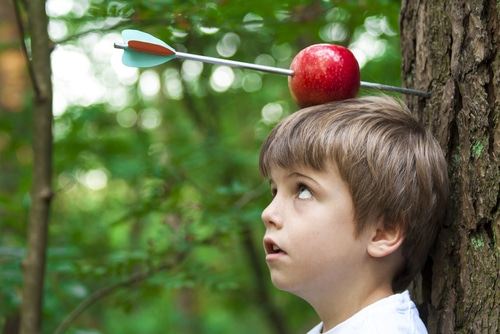 One of the biggest frustrations sales managers have occurs when deals forecasted by salespeople to close – don’t close. What’s the problem here? Both salespeople and sales managers are optimists by heart. So it’s easy for sales managers to believe reps’ rosy forecasts, especially when the sales rep has performed everything described in their company’s sales funnel or CRM.

During the Cold War, President Ronald Reagan used the slogan “trust, but verify” when describing his policy toward the Soviet Union. And this is the same slogan that effective sales managers need to keep in mind when talking with salespeople about important sales opportunities.

Effective sales managers know how to temper the salesperson’s enthusiasm by finding ways to verify their reps’ optimism.

A VP of Sales came to this conclusion herself during a recent sales management workshop. Her main “aha”, she said, came when I was talking about how to improve the outcomes from opportunity management and sales forecasting. I’d challenged the audience of sales managers and VPs of Sales to think about how they really know what the customer is doing at each step of the sales process, because the customer’s actions are a much better indicator of progress than a sales rep’s actions.

As she thought about her own company’s sales funnel, the VP realized that it didn’t reflect customer actions at all. And the “won-lost” analysis her sales organization did occurred far too late in the sales cycle. That led to a disconnect that made it hard to identify the mistakes that led to a loss—and obviously did no good in helping a sales rep repair the damage and salvage an endangered deal.

The VP told me, “If a salesperson told me they’d nailed a presentation or had a sale that was a sure-thing, I’d believe them. But now I realize I have to get more validation based on what our customers are doing. That means I have to adopt a more investigative coaching style and get involved much earlier in the sales process.” That’s trust, but verify.

And so that’s what she did. Now, she asks buyer-focused questions about forecasted deals that will reveal whether a sales rep has a handle on what is going on – or not.

For example, early on, she asks, “What is the title of the decision-maker with whom you’ve been meeting? What do they care about most?”

She has the rep document this information in the CRM… and then by comparing records from different sales, she can see the level of decision-makers that a rep has been meeting with on the largest opportunities.

Also, she’ll talk to a rep before they submit a proposal or do a demo and ask, “Who is our competition? What will the customer think are our strongest points compared to that competition? Where are we weak?” A sales rep who is clueless about who he/she is up against is not prepared to deliver a presentation.

First, she knows a lot more about what the customers are doing in their buying cycle, and therefore has much more realistic forecasts.

Second, it helps her understand at a much deeper level where her reps are strong and where they are weak. So she can be a better sales coach.

Third, she sees mistakes her salespeople make much earlier in the buying cycle than she did before. So she can step in and apply her superior sales skills sooner to get the deal back on track – before it’s too late.

Improving sales managers’ visibility and coaching of the earlier stages of a deal is crucial to winning bigger deals and keeping the top of your funnel filled with higher quality sales opportunities.