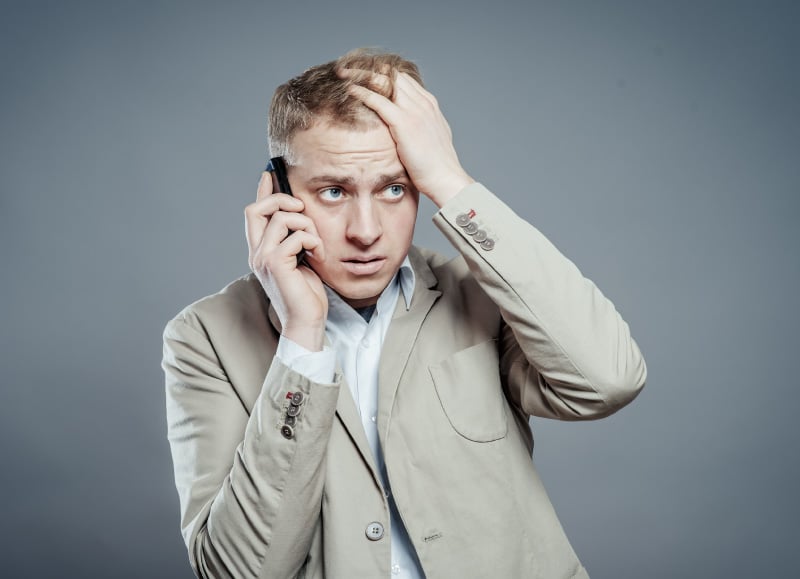 Recently I was working with a team of sales managers and the question came up: “How do I handle a salesperson who sells a lot, but is uncoachable?”

It’s a common issue and one that sales managers must address. Success is contagious; unfortunately so is a lousy attitude.

Before talking with the team of sales managers about how to work with their trouble talent, I challenged them to look in a mirror first. Sales managers have to recognize that they may be part of the problem. It’s possible that the way they have managed the Troubled Talent has resulted in the bad attitude. Why do I say this? Many sales managers don’t try to manage attitudes, especially if a salesperson is making his or her numbers. They look the other way, ignoring the negative impact on the team.

Once you’re aware of your own potential role in creating the problem, the next step is to deal with it openly. Here are six steps for turning a Troubled Talent around:

Step 1: Make a list of the top 5 attitudinal qualities that characterize – in your eyes – a salesperson with a great attitude.

Start by thinking about what your Troubled Talent is doing that you don’t like, and write down the opposite behaviors. In thinking about prima donnas I’ve known in the past, I can quickly some up with opposite/positive attributes like “criticize privately, compliment publicly,” “attempt to solve problems yourself before seeking help,” and “supports others in their attempts to deal with change.” See, it’s easy.

Sit down with the person 1-on-1. Show him or her the list and explain why it’s important to you that the entire team adopt these behaviors. Don’t worry that the person will see through the guise. People with poor attitudes are almost always blind to the ways that their own behavior is disruptive to others. So they won’t know that you created the list by describing the exact opposite of what they are doing! In other words, use their ignorance to your advantage. Don’t tell them they were the anti-role-model. Just talk about how the new success attributes would be important for the entire team to adopt.

Step 3: Appeal to the Troubled Talent to step up as a team leader.

In the movie Moneyball, Billy Beane (played by Brad Pitt) approaches David Justice in the batting cage and asks Justice to “step up” and be a leader because the teams needs him now. Buried in this strategy is actually a tried and true factoid about motivation theory — that when someone becomes bored with their job, you may be able to motivate them by expanding their responsibilities. This is what Billy Beane did and is what you should do with your Troubled Talent.

Step 4: Have the Troubled Talent help you roll out the Success Behaviors to the entire team.

Hold a meeting where you share the list of attributes with the entire sales team. Share the spotlight with the Troubled Talent, perhaps having him or her shared stories from their experience that relate to the attributes. After the meeting, communicate regularly so your team members understand that this is important to you.

Step 5: Be clear about your expectations going forward.

Passionate, hardworking, experienced and talented people deserve to be treated, in some ways, differently. They consider this special treatment a form of recognition. But in other ways—determined by you—they must be treated exactly the same as everybody else. You must actively manage this situation, and manage everyone on your team to your expectations around behavior and attitude as well as results. Make that clear to the Troubled Talent.

The best sales managers understand that success is more than a number. It’s not only what a salesperson does but how they do it. Whats + Hows = Results. Your Troubled Talent is looked up to by other salespeople, who will emulate the Troubled Talent’s behaviors, good or bad. If you allow the poor behavior to continue, it can have a huge negative impact on your entire team. Use these six steps to face this issue now!