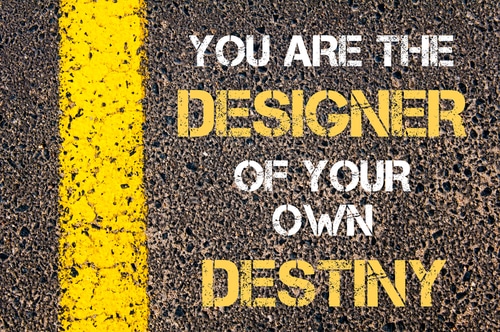 One of the biggest issues that sales managers struggle with is sales rep motivation. Perhaps that’s why sales managers often ask me, “what can I say or do to get my salespeople more focused on achieving their sales goals?”

Personal motivators differ from one salesperson to another. There is typically a primary motivator and a secondary one for each sales rep on your team. Once you understand a person’s motivators you’ll want to incorporate them into your 1 on 1 conversations and other interactions.

As a start, before your meeting with your salesperson ask him/her to identify their “money goal” for the next 12 months, and what they need to sell in order to hit their money goal. Then during the conversation:

Verify your sales rep clearly understands the company pay plan: I remember one such conversation I had with one of my salespeople, and when he brought in his money goal and had it connected to what he needed to sell….well, he was way off, though in a way that benefitted him. He projected a 20% increase in personal income by producing a 20% increase in sales. But I pointed out to him that our company pay plan had bonuses where, for example, a 20% increase in sales would equate to a 30% increase in his income. He realized that making his goal of increasing sales by 20% would give him an extra 10% more income. If that’s not motivating, what is?

Identify the reasons why the rep’s money goal is important to them: For most people, money is not the end game. They want money so they can do something: invest in the stock market, save for retirement, pay for a child’s education, go on a vacation, etc. So ask your salesperson what his/her reward will be when their money goal is achieved. I remember asking one rep this question, and he couldn’t answer me. He could tell me exactly how much more he wanted to earn—his money goal—but couldn’t articulate any reason why that money was important. This is a common occurrence: Salespeople say they are money motivated because they think that’s what their sales manager wants to hear. But they haven’t connected the money to their own personal goals.

A target income level without motivation is a wish, not a goal. I told this rep to think about how he would reward himself when he achieved his money goal. He came back the next day and said, “I’m going to buy a BMW 5 series car!” Now that is a money goal!

Ask your salesperson, “What motivates you?” We sales managers make a mistake if we assume that the only or even primary motivation for our reps is money. How can we consider ourselves a motivational leader if we haven’t yet asked a salesperson what motivates them? True motivation comes from within the sales rep. Yes, most will be motivated to some extent by money, but there are four other major motivators for sales reps: Achievement, recognition, the challenge of the job, and potential for increased responsibility/promotion. Your job as a sales manager is find out which of these other motivators work for each rep. Talk to them about what they would find rewarding about the job.

Having the initial conversation that helps you uncover a rep’s motivators is important, but it’s just the first step.

After the initial conversation, remind the rep often about their money goal and encourage them to achieve it. Once the rep told me about the car he wanted to drive, I downloaded a 5-series brochure and gave it to him. I found out later that he taped the brochure to his bathroom mirror where he would see it every morning. When he finally achieved his goal he took the brochure down to his local BMW dealer and bought his new car.  (As it turned out, this rep should have left the brochure on his mirror because the following year his sales tanked and he had to give the car back to the bank!)

Find ways to hit their motivational hot buttons. If a rep wants recognition, bring them to a meeting with senior leadership and have them deliver part of a presentation. To acknowledge an achievement, celebrate their success stories with the whole team. If the person wants more responsibility, involve them in a hiring decision and/or use them as mentors for newer sales reps, or ask them to help develop a sales playbook that will serve as a best practice guide for new hires.

Be a proactive sales coach. You can help improve all these motivators—money, achievement, recognition, challenge, and increased responsibility—by being a proactive sales coach. Timely, effective coaching increases a rep’s ability to achieve and is a form of recognition (you’re devoting your time to the rep). It helps reps to better appreciate the challenge of the job because they become more aware of what they’ve mastered and what they still have to learn. And it makes you stand out as a positive role model that they want to emulate some day through promotion.

In short, proactive sales coaching is the single most important thing you can do to motivate your salespeople—once you’ve had the conversation to understand what their motivators are!