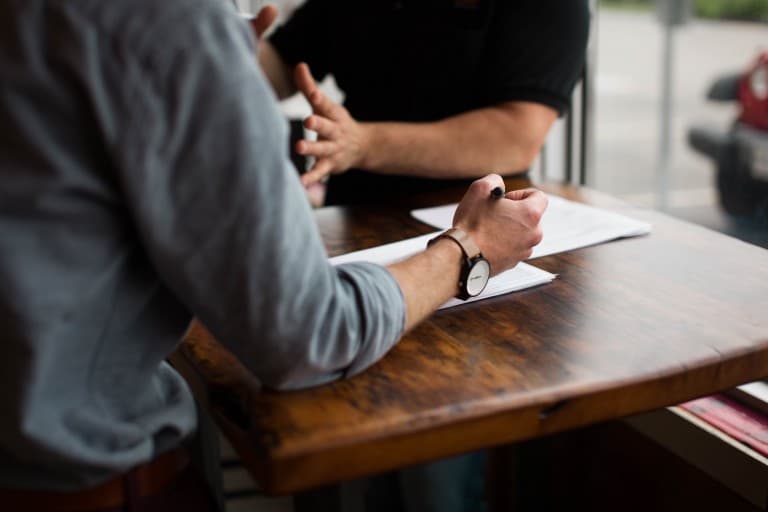 Several months after attending one of my sales coaching workshops, a VP of Sales told me that one important takeaway she’d gotten was that she tended to be overly trusting of others.

I was a little taken aback since I talk a lot about the importance of sales managers having trust and being trustworthy (here, for example). So I asked her to explain.

Her main aha, she said, came when I was talking about how to improve the outcomes of coaching conversations with sales reps. I’d challenged the group to think about how they as managers could have confidence in a status report provided by a rep on a particular deal.

The key was to find out what the customer is doing at each step of the sales process, because the customer’s actions are a much better indicator of progress than a sales rep’s action. Knowing that a rep has had one or two calls with the customer isn’t as important in terms of forecasting as it to know things like whether the customer has allocated budget and has referred your rep to other decision makers.

“Up to this point,” the VP said, “if a salesperson told me they’d nailed a presentation or that a sale was in the bag, I’d believe them. But now I realize I have to get some validation based on what our customers are doing. That means I have to adopt a more investigative coaching style. To be a better sales coach I needed to do more than trust, I needed to verify.”

For example, she asks reps questions about forecasted deals that will reveal whether the rep has a handle on what is going on inside the customer. Here are two quick examples:

• Early on in a deal, she asks the rep, “What’s the highest level of decision maker you’ve reached? What do these people care about most? Has the customer been supportive or dismissive of your desire to talk to higher-level decision makers?”

• She’ll talk to a rep before they submit a proposal or do a demo and ask, “Who is our competition? What will the customer think are our strongest points compared to that competition? Where are we weak?”

Once she began to think about being an investigative sales coach, this VP recognized that she needed to get involved in deals much sooner than she did before—right at the beginning rather than waiting until a deal was about to close. Asking more probing questions of reps throughout the sales process has generated three benefits:

• First, because she knows a lot more about what the customers are doing, she therefore has much more realistic forecasts. She is much less likely to get blindsided by poor (or excellent) months.

• Second, she has the opportunity to intervene early on in a deal when her advice can have a much bigger impact than if she waits until the end.

• Third, this approach helps her understand at a much deeper level where her reps are strong and where they are weak. She can be much more focused in identifying the rep’s development needs, which means her team is continually improving.

Aren’t those benefits that you’d like to see as well?