How you have been managed by others influences how you manage your sales team today. No doubt, you have learned to lead others largely from your previous experiences – from both the best and worst practices of others. Often this technique of learning from your bosses works well, but sometimes it does not. Here’s one example.

Jack is a sales director for a leading technology company who shared the following story with me recently. I had asked Jack to tell me about his “worst boss ever.” The boss had been a micro-manager who tried to control everything. The boss’ management style had driven Jack absolutely crazy. So much so, that Jack changed jobs and became a salesperson at a different company.

A few years later Jack received a promotion of his own – to a sales director’s responsibility.  He resolved to himself that he would not become a micromanager. He was determined to avoid that same fate at all costs in his own management style. And so he adopted a more participative, “hands-off” management style. Everything worked out great, right? Wrong!

Jack’s company conducted an extensive survey of their sales force and asked questions of salespeople about their managers. The feedback Jack received was startling – on an 80-question survey, his sales team had rated him dead-last when responding to, “Views one of his/her top priorities as developing my individual skills.” Ouch!

Jack realized that he had over-corrected. While he had intended to avoid micro-managing, his own sales team had come to view him as a boss unwilling to coach.

As part of his anti-micromanager approach, Jack would often wait until the final stages of a sales opportunity – as the rep’s forecasted close date arrived – – to do “opportunity coaching” with his reps. Which meant that he didn’t have any insights in to what a rep had done until the fate of the deal was already sealed. And the reps perceived his “suggestions” as criticism, because the correct time for applying his suggestions had already come and gone. Jack realized that he had become a Monday-morning quarterback.

One of the definitions of a good sales leader is someone who can lead and motivate a sales team. Jack’s #1 priority was the coaching and development of his salespeople. Jack realized he needed to have a look in the mirror and make some significant changes in his leadership style. 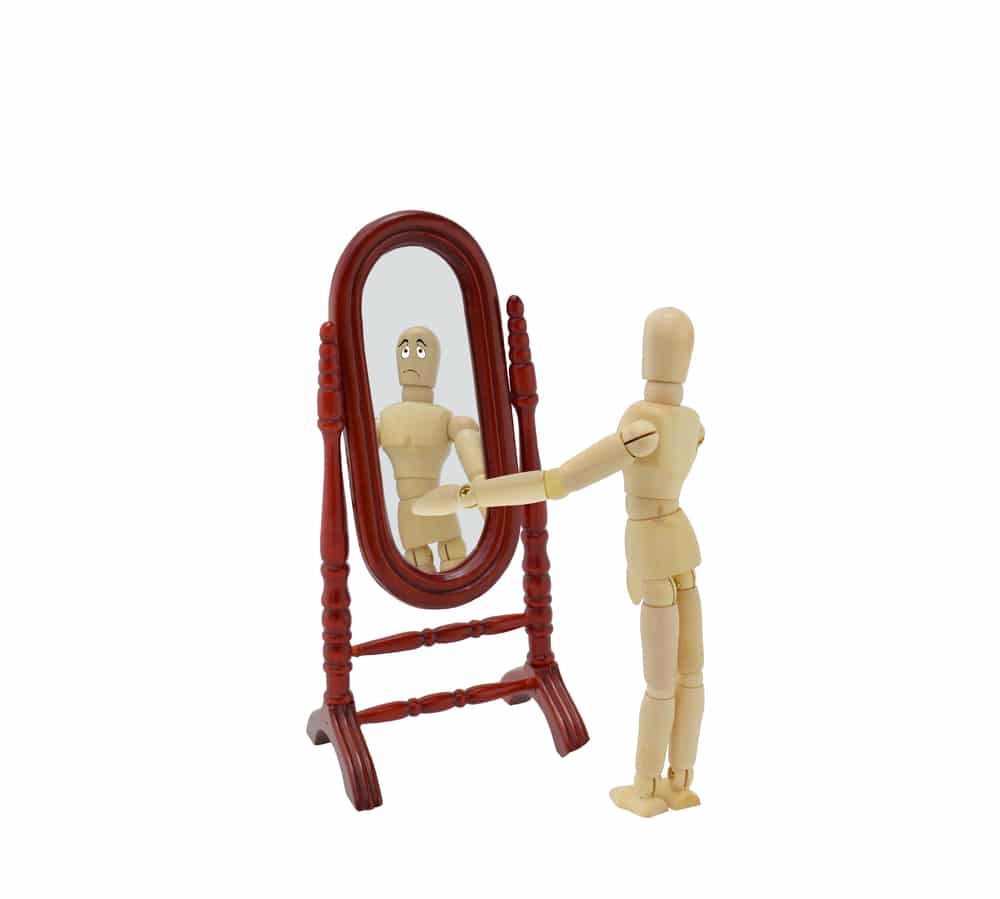 After seeing the results of the survey and asking questions of his reps, Jack made the connection between his detached coaching style and some of the missed forecasts and sure-thing deals that had been lost at the last-minute.

To fix this problem, he focused on creating, by his words and actions, a culture of proactive coaching and teaching. And you know what Jack discovered? He had put his past negative experiences with the old sales manager aside, and was comfortable in his new role as a hands-on sales coach and teacher.

Getting involved in reviewing progress much earlier in a sales cycle gave Jack better visibility on what was going on. Now he knew exactly what each of his salespeople needed to do to get to their next level of development. Sales productivity went up, as did morale.

Perhaps most importantly, Jack learned that effective leaders must be willing look themselves in the mirror and consider the possibility that there is room for self-improvement. And then, seek feedback from your reps about what changes you can make. Jack’s three favorite questions to ask his reps are:
1. What are you getting from me that you find most helpful?
2. What am I doing that doesn’t help you at all?
3. What could I start doing to help you more? Why would that help?

Develop in yourself the quality of introspection. Continually look in the mirror and seek to make changes in your own leadership style to improve yourself and your team’s results.