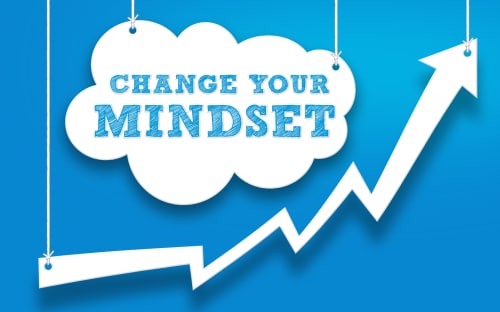 There is no more difficult career transition than that which occurs when a salesperson becomes a new sales manager. Overnight, the salesperson has gone from being in control of his or her own destiny, to having his/her performance completely defined by the performance of others. This is a stressful time for new sales managers. Senior leadership is asking you, “Where are your team’s results?” And as you start to work along with your salespeople on a regular basis, it dawns on you that other salespeople don’t approach the sales responsibility with the same level of skill and commitment as you did (Well, duh…this is why you got the promotion!)

This article provides three mindset changes new sales managers must make to maximize sales team results. The sooner you make these changes the faster your team’s results will improve.

Commit to Focus on People Problems

The trouble is that many new sales managers are still thinking like they did when they were a salesperson. They are thinking about how to land the next large account. New sales managers must learn to focus on identifying and then resolving their people problems. Your ability to do this will ultimately define your performance as the team’s leader.

Make the Transition from Player to Observer

The #1 mistake new sales managers make is that they keep selling. Great salespeople love being in on the action. They want to be down on the field, making plays. That’s perhaps the biggest reason why we can call them “great salespeople” in the first place! It’s that drive to just go for it that brings in stellar results.

When those great salespeople make the transition to becoming new sales managers, though, it’s that very skill that can really get in the way. Going from an MVP on the team to a coach sitting on the sidelines isn’t easy, but with the right mindset and awareness, it can be done!

My first year in sales, many years ago, I was awkward – and a slow learner. But my first sales manager, Guy Campbell, must have seen some potential because he invested a lot of time in coaching me. When Guy joined me on a customer meeting, I noticed he had a habit of pulling out a coin and placing it in the palm of his hand.

I didn’t think anything of it until about three years later when I was promoted to sales manager in another office. Soon after, I ran into my former manager at a corporate meeting and asked him why he always put a coin in his hand when he was out in the field with me.

He responded, “Well, Kevin, when you were starting out, you were not very good. But I knew that in order for you to learn and improve, I needed to keep my mouth shut. I couldn’t jump in and take over every time you got in trouble. The only way I could keep silent was to squeeze that coin. The worse and worse you did, the harder and harder I squeezed. Kevin, I needed to create a point of personal pain that was great than the pain I felt watching you screw up a meeting!”

It clearly takes a lot of willpower and, in Guy’s case, coin squeezing, to not act on your instinct to jump in. It made him a great sales manager, though, and can do the same for you. It’s extremely hard to step back and watch your sales team screw up, but that’s how they’re going to learn. Come up with your own mental or physical way of squeezing that coin.

Commit to Coaching Your Best Salespeople

Chances are, one of the reasons why you became a salesperson in the first place was that you valued your independence. You enjoyed working on your own without your manager looking over your shoulder.

Another negative consequence of not coaching your best salespeople is that they don’t get better. And your top salespeople are the ones that everybody else on the team looks up to. They set the example for everyone else. The best sales teams that I have every been a part of had top performers who were continually striving to get better.

So, make more time to coach your top performers!

One thing I’m sure we can agree on is that managing a sales team requires a completely different skillset – and mindset – from selling. Talk to your company about the importance of making the investment to train you on how to manage and lead a sales team. There are many great sales manager courses out there, including mine. If you’d like to review a detailed program agenda for my upcoming “Sales Coaching & Leadership” 2-day workshop simply email my assistant, dale@toplineleadership.com and say “Agenda please!”